He is not ordinally costume player. His costume is uniform that was weared by broken soldier at the Wlorld war II that finished half century ago.
He say he lost his arm at the world war II. This is the reason he have this costume. Actually he need not wear this costume now.
But this costume is very affective for begging money on the street.

This is his collection box. He say he made it by himself. This box have inner lid. So people cannot see the inside money from outside. He say this is his tenderness for the poor kind people who are shame of his poorness because he can give just a small money to him.

Already lots of people who experience the Wlorld war II die. So the person who know the meaning of this costume is few. So lots of this kind of people appeal with the sigh board that say we are injured at World War II.. or some talented broken soldier played instrument even though they have no arm or leg..
But actually they need not such kind of appeal. This costume and empty sleeve is enough for the appealing of their tragedy. And Japanese people easily moved by this kind of tragedy.
Lots of people feel pity for them. Yes, they make use of their pitty to get money to live.
Before time, there are more miserable broken soldier who lost one arm and one leg or who lost two eye bolls or who lost two legs and one arm or who lost tow arms and one legs. But almost such extream miserable broken soldier already died because they are too much miserable. Less miserable broken soldier still living.
But at least they are still miserable enoght for modern Japanese people who have no war experience.

He remind lots of modern people of the lost memory of lost war.
This must be the history we should not forget.
He seem to fuck the war by the lost arm. 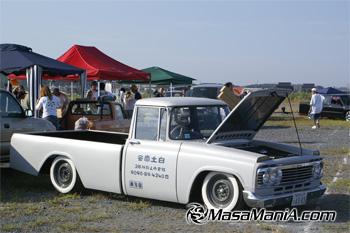 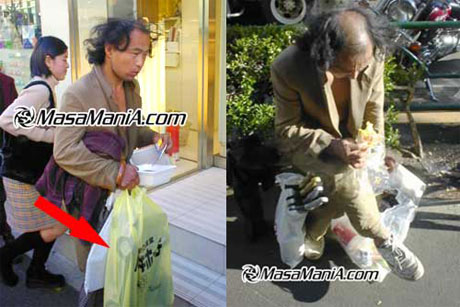 Can you agree the life philosophy of toy-holic homeless ? 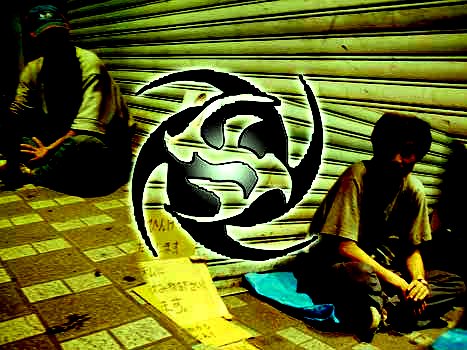 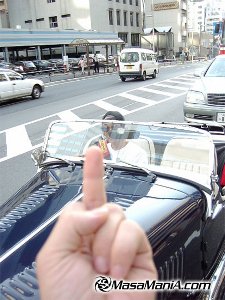