Suddenly he appear in crowded street.

Why does people surprise him ? Because his costume is extreame ! Really ? It seems not so special costume.

which part is surprise point ? Heck !

This is the reason why people surprise him !!!!

He is strolling in the town. Why ? I don’t know.

He go somewhere, Where ? I don’t know

So, Why are you taking picture of him ? I don’t know,

What is Inuyasha ? Inuyasha is Anime. Japanese catoon.
If you want to know the detail of Inuyasha, see this site.

I don’t know why he stroll in town with such costume. but you need not to understand it. That’s Japanese style. Yes we have no reason.

Japan you can know through TV 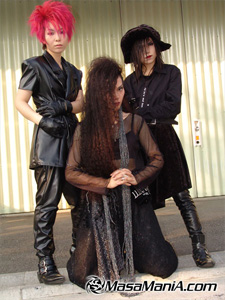 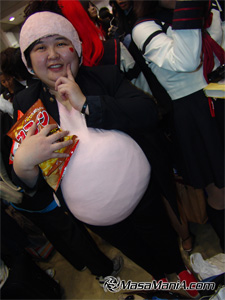